The Psychology of Politics

In the age of Bajrangi Bhaijaan, who the hell can dare to challenge the Bhai of Bollywood. Doesn’t he know that if bhaijaan gets pleased, the person becomes Katrina kaif, and if he gets annoyed transformation to Vivek Oberoi or for that matter, Abhishek bhacchan is a matter of flash. Oops! My mistake !! It read poll star, not a superstar. 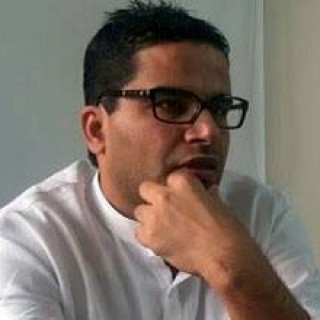 So who this poll star is? Prashant kishor, as he is known in this earthly abode, is the chief election strategist who led the victory trail in 2012 Gujrat assembly elections, 2014 lok sabha elections, and 2015 Bihar assembly elections. He is the one who took very minute calculated steps right from drafting the speeches of  the leaders based upon the region specific issues and caste dynamics, to media and social media management, and overall campaign drive. Victory was but obvious to follow if one makes such calculated and well researched move. He analysed the regional issues, caste dynamics and the sentiment of masses and leads the drive in the desired fashion. A great political psychologist Mr. Prashant Kishore is!!

Psychology of Politics (Political Psychology) is the study of behaviour resulting from an interaction between psychological and political variables. Psychology which is the scientific study of behaviour from and individual’s perspective has contributed a lot in our understanding of political behaviour which includes the behaviour of both the leaders as well as the masses. One area in which extensive researches have been carried out is political socialisation i.e.  the way an individual develops his political attitude and the factors responsible for the development of such political consciousness. All the studies unanimously conclude that it is the environment and the ethos shared by the community among its members which is responsible for politicisation of an individual.

The concept of political psychology supposed to have come into being in 1930, with the publication of Lasswell’s ‘Psychopathology & Politics’. Two circumstances helped political psychology to acquire identity. First was the search for better management techniques for elections and the second was the behavioural revolution of the political science that facilitated the search by imparting training in methods and techniques of behavioural research.

Currently there are following six hot issues of discussion among political psychologists:

For quiet sometime, political psychology was limited to the study of stable political systems. But in the light of growing political instability, the topics like political violence, communalism, terrorism, rise of personality cult accompanied by the culture of sycophancy etc are also being taken up.

Nearly 94% of such workers having friends among political groups showed higher level of political consciousness. Workers who had no such friends were found to be least politically conscious. Exposure to urban experience is also an important factor in political socialization. Ashraf found nearly 2/3rd of such workers having urban background. The possibility of exposure to socio-political influence in an urban setting is high. Such exposure also promoted political modernisation which in turn was positively correlated with sense of political efficacy. [ASHRAF 1975; KIM 1969]

Apart from trade union membership, the attendance of election meetings and exposure to political information through home & school environment are other well known sources of political socialisation of citizens. Occupation of parents was found to be significant factor in child’s socio-political attitude.

Studies also suggest that privately and communally managed schools tend to communalize the children and promote the seeds of right wing authoritarianism in them.

Studies by Seth [1970,1975] and Nandy [1972] indicate that a very large proportion of Indian citizens show a general trust in the effectiveness of democratic institutions and view them as desirable in Indian scenario. They believe in the legitimacy of parliamentary institutions and thought that elections were necessary for effective governance. While most Indians cherish democratic values, recent studies do suggest that they are becoming increasingly confused and frustrated at the growing hypocrisy and double faceted Indian politicians, politicisation of bureaucracy and increasing criminalization of politics.

Kothari pointed out that Indian electorate was becoming more and more politically aware and rising rate of literacy is an important contributing factor to this. Large proportions of electorate now recognise the power of vote and appear willing to reprimand the ruling party for perceived inadequacies in its public performance. Most Indian voters however feel some ambivalence and frustration because of disturbing trend of booth capturing and other electoral malpractices indulged in by corrupt politicians which tend to dilute their mandate and enable these elements to capture power. Since, such incidents are on rise, an increasing number of voters are now questioning the validity of their vote.

In India, any political activity has the dynamics of caste as an important factor, as it is one of the powerful traditionally established social organisations. As it is easy to mobilise people along caste line in India, caste is increasingly getting politicised. Kothari is of the opinion that it is not the politics which is getting caste ridden, but it is the caste which is getting politics ridden. Weaker sections of the society are using caste as a means to achieve socio-political goals. The caste factor tends to promote political partisanship among certain sections of the electorate, which does not argue well for a healthy democracy.

Ahmed [1970] in his study found considerable awareness among the citizens about the role of caste in elections. Two out of every three persons surveyed knew as to how their caste had voted in the elections and one in every two, showed awareness of interest of their caste and links between political institutions and their caste interest. This growing political consciousness among hitherto deprived groups and its exploitation by unscrupulous politicians during elections coupled with rise of extremist groups like Dalit Panthers, Dalit Sena etc have sharpened inter-group rivalries and has endangered the stability of the nation.

Thus, the process of democratisation no doubt has given the entrenched groups, greater say in political decision making by ensuring their representation through reserved electorates and thus, may represent a step towards equality in otherwise unequal society. However, what is more, disturbing is the diminishing hold of elite and the unfolding of populist democracy to reach the lower strata of social hierarchy.

This have been associated with a loosening of earlier administrative protocols and steady erosion of the institutional insulation of the decision-making process in public administration and economic management. It is now common practice for an incumbent low caste chief minister of a state to transfer civil servants belonging to upper caste and get pliant bureaucrats from his own caste. Many members of the supposedly independent civil services now try to curry favour of the politicians to avoid transfers and get desirable jobs and locations.

Administrative appointments outside the main civil service, like those of the boards of public sector corporations, particularly those under the state government, are often used as political sinecures to keep clamouring factions happy. This behavior of political leaders is not particularly surprising in the light of the fact that most of them are authoritarian insecure leaders who know that their success in election was essentially due to caste equation they enjoyed. Their media managers employed would not be good enough to repeat their success.

The insecurity of being voted out of office in the next election doesn’t usually compel better performance but resort further to populist politics. This escalates tension among the different factions of the society and destroys inter-elite consensus. No polity can survive without an authoritative elite that shares minimum values and goals. Populism destroys both the role of the people and role of the elite. One example of such dangerous populism is to play the communal card to invoke deep anxiety among the masses about national unity & security and turn electoral politics. Such tactics undermine the democracy and unified existence of a plural society.

Thus we can say that despite of the conflicts and contradictions, the picture that emerges is one of shared environment and ethos by communities and their vibrant participation in political and economic process. These fact explain why there has generally been a continuity and a sense of harmony prevailing over a large part of countryside in spite of the conflict induced by irresponsible politics that sometimes tear our social fabric apart.